The Fundamentals of a Successful Giving Tuesday Campaign 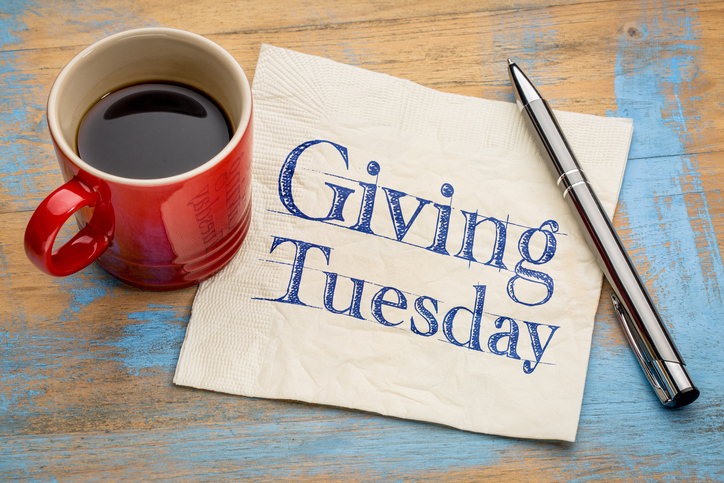 Use Giving Tuesday to Build Awareness for Your Cause

It’s almost that time of year when you won’t be able to escape an ad or promotion for Black Friday and Cyber Monday. For nonprofits, commercial holidays usually don’t provide a lot of benefits, but a Giving Tuesday campaign could be the catalyst you need to create a spike in donations.

The holiday season can feel severely commercialized, and many people want to step away from it. In fact, that’s how Giving Tuesday was born. The 92 Street Y and the United Nations Foundation created an “International Day of Giving” in 2012 to shine a positive light on a holiday season that seems to be drowning in commercialism.

Appropriately placed annually one day after Cyber Monday, Giving Tuesday has started a global movement of charitable giving, and it’s creating real change for communities. It took a few years for the movement to gain its footing, but its reach has grown each year.

Even though it can seem to be overshadowed by Black Friday and Cyber Monday, people are paying attention to Giving Tuesday campaigns. In 2017, more than $300 million was raised for nonprofits, which was a huge jump up from the $180+ million raised in 2016. The majority of this money has been given through online donation platforms. As Giving Tuesday 2018 approaches, what can your business do to set up a campaign that makes an impact?

Create Opportunity For Your Nonprofit With a Giving Tuesday Campaign

Since Giving Tuesday began in 2012, the amount of money donated has grown significantly each year. With an entire day dedicated to spreading the message about donating to something you care about, nonprofits are provided with a unique opportunity to raise a large amount of money in a short amount of a time.

It sounds like the dream, right? The best campaign is going to strike a chord with your audience on a day when they’re feeling pressure (in the best way) to make a difference. Some of the best campaigns even take on peer-to-peer fundraising to extend their reach even further. Overall, a strong strategy and clear goals will help your Giving Tuesday campaign see success.

Create Your Plan Ahead of Time

Giving Tuesday happens once every year in November, so the best time to set up your online campaign is September or October. You’ll want to build up awareness before the day arrives, so it’s important to get the word out early. No one is going to be inspired to give to your campaign just by seeing that you created one. What’s your strategy to increase engagement with your cause? Collect testimonials or stories to help people make more personal connections with the meaning behind it.

Also, consider the value and importance of social proof. People are more likely to take action when they see others have taken action before them. In fact, by the time many major fundraising campaigns are launched to the public, they’ve already been piloted or undergone a private donation phase. This helps to show that the campaign is working and people are giving. Consider launching a Giving Tuesday campaign to a select group of donors first as well as other influencers and even your staff.

Another great way to help people make connections is through video. Creating videos to spread awareness is a great way to put your campaign in front of your audience. With some online giving platforms, you can easily insert your videos into a campaign with a few clicks, leaving you more time to create a clip that will leave a lasting impact.

Through any message you develop to spread awareness, you’ll want to make sure you communicate impact to your audience as well as urgency. What makes your campaign important? How is it going to help you achieve a goal or those who receive the benefit of the fundraising? Why do you need donations, and what could happen if you don’t receive them? Giving Tuesday is a one-day event after all, so the urgency is already there — it just needs to be shared.

How you talk to your audience makes all the difference in whether they choose to support you through giving, and it can also impact the size of their donation. Starting early will ensure that you create a Giving Tuesday campaign people can get behind.

Use Online Giving Resources to Your Advantage

Since Giving Tuesday is focused on donating online, take advantage of online campaign resources! Running a campaign is no small feat, so let automation be your new best friend. By using campaign automation tools, you can set up emails, donation and payment processing, notifications, thank-you emails, and more to fire instantly as prospective donors become active donors.

Automation helps your team save on overhead costs and allows you to place your focus on moving forward with other critical tasks. Peer-to-peer fundraising, or crowdfunding, is another way you can continue to save money on your end and increase giving — by letting your audience market your campaign for you. Peer-to-peer fundraising options allow your supporters to create campaigns that raise money for your cause and contribute to the total amount of money you raise. By letting your donors advocate for you, your campaign utilizes social proof — encouraging people to donate by seeing that others have already given.

If you want to involve your audience in your fundraising, choose an online giving platform that provides them with everything they need to create strong campaigns with predefined templates and content targeted to the right audience and based on best practices. All they have to do is include a personal touch! With your constituents fundraising on your behalf, you can spread your campaign to even more donors as it moves throughout their personal and professional circles.

Don’t Be Afraid to Try Something New

Building a Giving Tuesday campaign is a great way to push for donations toward the end of the year. But it’s important to remember that you’re not alone in trying to raise money for your cause. Over 40,000 organizations have joined the global movement which means you’ll have a lot of competition to get noticed.

If you haven’t tried an online giving platform before — or you have, but it didn’t work out — Big River offers solutions built specifically with nonprofits in mind. With easy to use automation and templates at your disposal, you can quickly create a meaningful campaign that people will want to support without thinking twice.

Join our newsletter to get the latest information.
BigRiver ® 2021 |  by Mobkii
Menu