Wealth Distribution in the U.S. is Changing Charitable Giving 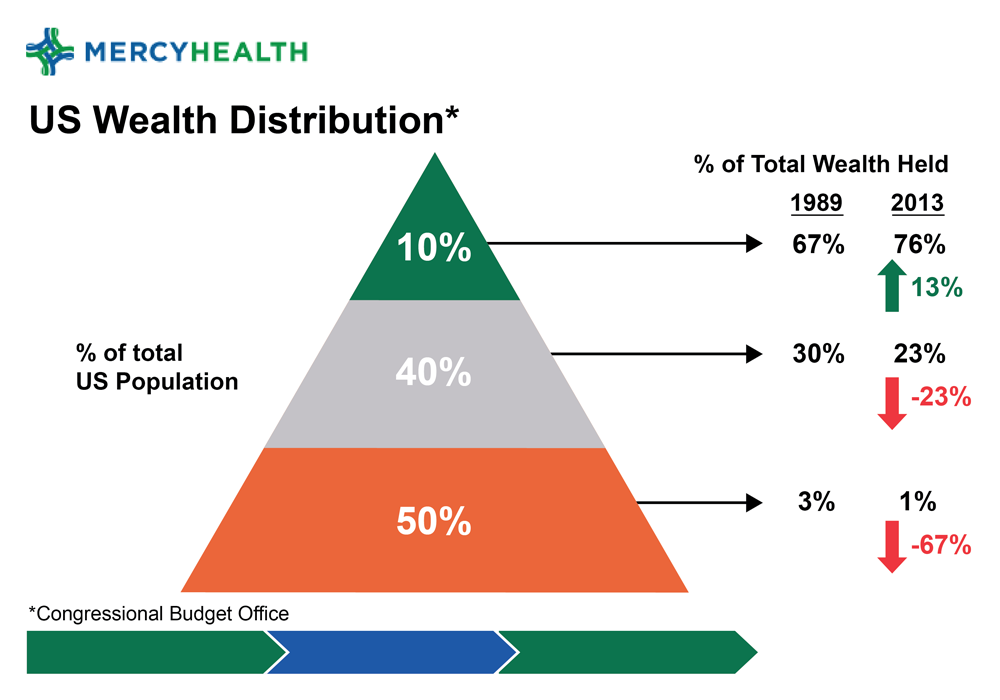 Charitable Giving in the U.S. Has Changed Over the Past 25 Years

This is due to many different factors including the distribution of wealth in our country and the way that Americans are now thinking about tax deductions. These changes have altered the way people consider giving donations, and it’s had a mixed impact on charitable giving and how not-for-profits and charitable organizations strategize and create fundraising efforts.

The Tax Cuts and Jobs Act of 2017 (TCJA), amended the IRS Code of 1986 and provided tax cuts that gave the greatest tax relief to the top 10 percent of wealthy Americans. As a result, the age-old 80/20 rule in not-for-profit philanthropy is seeing changes.

In the past two decades, that figure has morphed into more of a 90/10 ratio. Currently, many of the large not-for-profit campaigns are experiencing closer to a 95/5 ratio. With this trend, a not-for-profit and charitable entities will likely look to focusing the majority of their time cultivating and soliciting the wealthiest five percent of their donors because that is where research is showing the strongest donations originate from. In contrast, these groups will look to find a less time-consuming way to cultivate and solicit the other 95 percent.

Another effect seen from the 2017 TCJA is the rise of the standard deduction. This is predicted to result in fewer Americans itemizing deductions on their tax returns. In turn, this will reduce the incentive to make a charitable contribution with the intent to deduct the amount of the gift on the donors’ taxes.

What Does This Mean for Nonprofits?

Charitable giving in the United States has shifted considerably in the last 25 years due to wealth distribution and how Americans are thinking about donations to causes they care about. As wealth in the U.S. continues to change, as well as the laws that surround it, not-for-profits and charitable organizations will need to be flexible in their fundraising efforts.

And more than ever, these groups will need to demonstrate a meaningful purpose for the use of their philanthropic support to encourage ongoing charitable giving. One of the strongest ways to do this is by showing the impact of donors’ gifts. Consider how your organization is showing that impact — not only with active donors but also with prospective donors and your wider community.

If communication and demonstration on this front have been lacking, now is the time to change. You have a significant audience. Though the research and trends have proven that much can come from the top five or 10 percent of your donors, that still means you have 90 to 95 percent of your audience remaining.

Every gift counts. Show them, and get even more. At Big River, our online giving catalog platform provides nonprofits big and small and in virtually any sector of fundraising with the tools and resources they need to do just that.