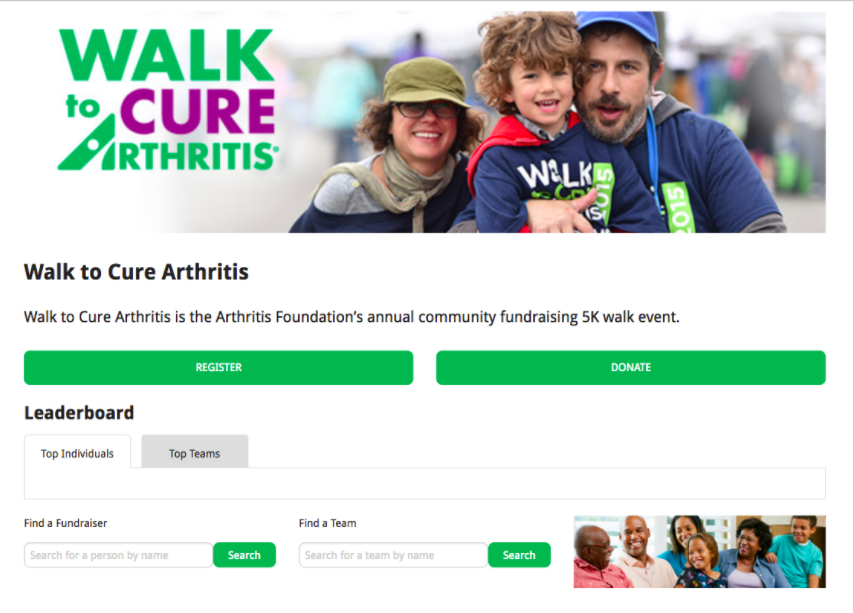 As a member of the nonprofit world, we don’t have to belabor just how important year-end donations are to the health of your organization. You can probably recite the stats in your sleep:  Nearly one-third (31%) of giving FOR THE ENTIRE YEAR occurs in December….12% of all support comes in the final three days of the year….and nearly 30% of nonprofits raise between as much as a quarter to half of their annual donations as a result of their year-end ask (thanks Neon One for compiling these little ditties into one neat article!).

Now, imagine that you could achieve these numbers and NOT have to do it all by your lonesome?

In recent years, the Peer-to-Peer fundraising vertical — which puts the power of fundraising in the hands of everyday cause supporters and ambassadors — has experienced a steady climb to become a viable donation source for all kinds of nonprofits. Initiatives such as the American Heart Association’s Heart Walk (at nearly $100M the world’s largest peer-to-peer fundraiser), the Alzheimer’s Association’s Walk to End Alzheimer’s (#2 at nearly $90M) and the newer Pelotonia (a cancer-fighting organization started in Columbus — our sister city to the south — in 2008) have led the way to make Peer-to-Peer a major player in the nonprofit space. More grassroots efforts such as the American Cancer Society‘s ‘Real Men Wear Pink’ and Movember Foundation‘s ‘No Shave November’ to fight men’s health issues such as prostate cancer, testicular cancer and suicide are great examples of a traditional peer-to-peer campaign + a creative bent = something that people get excited to rally around and support as a badge of honor.

In all, nonprofits comprising America’s top 30 Peer-to-Peer fundraising programs collectively increased revenues +3.5% in 2021 to $922M, according to a Peer-to-Peer Professional Forum study. And a 2019 poll by YouGov found that 39% of Americans say they’ve donated to a charity at the request of a family member. Organizations know all too well the challenge of finding ways to motivate their donor base to give year after year; Peer-to-Peer campaigns can be launched with very little startup capital, and with comparatively little effort on the part of the organizer. The nonprofit simply sets up an easily-understood initiative — and lets their cause champions run with it.

Here are some Peer-to-Peer ideas to re-invigorate your Year-End campaigns — and allow your most engaged stakeholders to do some of the lifting for you.

A ‘PARTY WITH A PURPOSE’

Most peoples’ schedules are jam-packed in December — wrapping up their own year-ends at their workplaces, burning their final PTO days, Holiday shopping and making family gathering preparations, and attending parties for work-church-family-friends.  The list is endless.

Give your constituents a worthwhile reason to add just one more commitment to their calendar with a fundraising gathering under a ‘Party with a Purpose’ branding.  You can take the direction of the engagement wherever you wish — ideas include a creative party theme, a destination restaurant, museum, zoo, sports/music venue or other location — so long as the event’s importance to your Year-End campaign is clearly communicated to your audience.  Enlist the help of a local business or media outlet to spread the word and garnish more support, and you could wind up with a strong fundraiser. How about an invitation to a party that nobody is expected to attend?  A fun and creative way to ask for your donors’ support without adding to their list of Holiday commitments, essentially giving them the night off.  DON’T hold a gala, then sell admission tickets to NOT ATTEND. You could take the theme a step further by sending your audience invitations emblazoned with ‘Your presence is NOT requested….,’ ‘You’re invited….to stay at home’ and ‘We look forward to NOT seeing you….’

An added idea….special prizes and/or recognition for individuals who recruit the most peers to ‘buy a ticket and not come.’

The Challenge encouraged participants to be filmed having a bucket of ice water poured over their heads, then nominating family-friends-colleagues by ‘calling them out’ at the end of the recording — with a request for those nominated to either comply by doing the same within 24 hours or signal their forfeiture with a charitable donation to the ALS Association.

Starting virally in 2014 and raising over $115M for the cause in the U.S. alone (a 3,500% increase over its PY total) — not to mention millions of tagged videos on Facebook and other social media platforms — the idea was simple, relatable and something just about everyone could theoretically do. 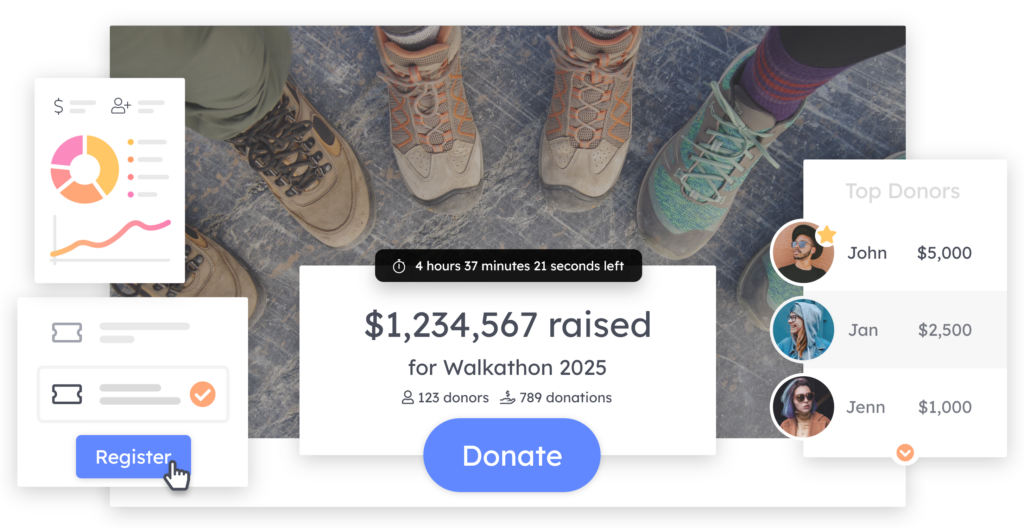 LET YOUR BOARD FUNDRAISE FOR YOU

Like most nonprofits, you likely have parameters set in your Board member guidelines that account for personal annual donation minimums. But think about the extensive contacts your Board members probably have; most are leaders in the business community (and quite possibly have been for years), and may have even held Board positions at other organizations.

Your Board members obviously have a passion for your cause. So give them the opportunity to share that passion with family, friends and colleagues. They may not be as adept at fundraising as you are….and that’s OK.  Luckily they have access to the knowledge of people who do — YOU!  Using community-driven fundraising techniques (connecting with prospective donors with either personal phone calls or sending emails through your online giving platform….or simply using their connections to broaden your campaign’s scope), your Board can be a catalyst for your fundraising efforts.

Give them access to the tools you use and insight into the knowledge you’ve gained, and set them up with a strong fundraising strategy, coaching them and helping them set realistic goals. If you do the math on the number of members on your Board multiplied by an average amount raised per, you’d be surprised at what that can contribute to your Year-End appeal.

MOBILIZE YOUR BIGGEST SUPPORTERS — AND LISTEN TO THEIR IDEAS

Start by segmenting your supporter list by major donors, longest-standing donors, most frequent donors, most loyal volunteers, and others who have demonstrated above-and-beyond commitment to your cause over the years. When you mobilize your biggest supporters first, your year-end efforts start off on the right foot — and segmenting will allow you to craft your message properly to each audience.  And don’t just ask for their support. Ask for their advice.  Remember, they’re in the same boat as the prospects you want to reach; let them tell you how they like to be treated, and use that knowledge as a guideline for to how to solicit going forward. 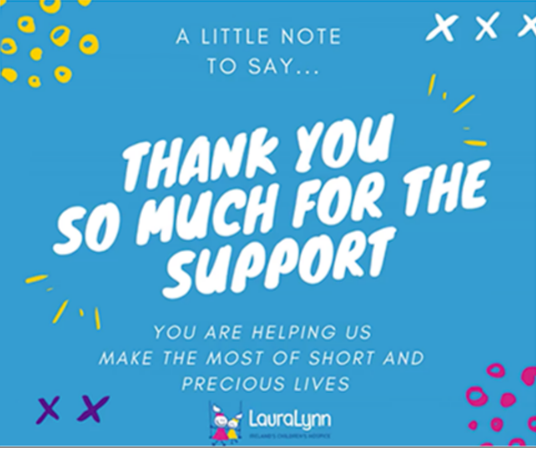 DRAW INSIGHT FROM WHAT’S WORKED IN THE PAST

Your Year-End campaign strategy needs attainable, ambitious goals in order to be successful. A great way to help build this strategy is to look at the results of prior campaigns. Tap into all the areas that made up your past campaigns, from your content/messaging to email marketing and direct mail to donor stewardship and everything in between.  It’s important that your campaign is cohesive, and that all these ‘ingredients’ speak to one another to paint the clearest, most convincing message for your appeal.

If you’d like to discuss your 2022 Year-End Giving plan and see how DonorPoint can assist, please reach out.

Join our newsletter to get the latest information.
DonorPoint ® 2023 |  by Mobkii