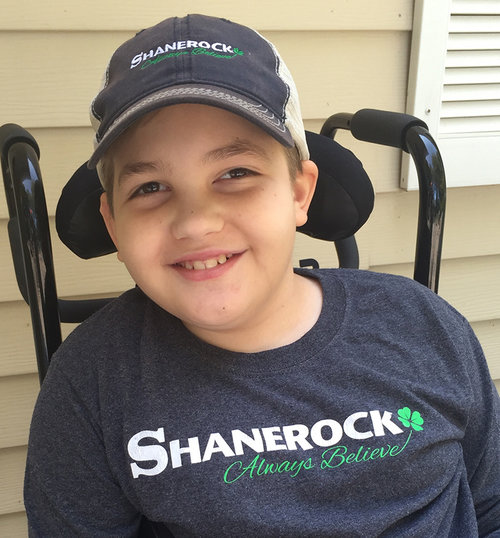 Shanerock, like many nonprofits, is an organization born of passion and need. In 2010, Eric and Amy Haddad got the news no parent wants to hear – their three year-old son Shane had brain & spinal cancer.

Through the next decade of fighting, the Haddad family saw firsthand how difficult it is to try to live as normal a life day to day as possible with the challenges this disease brings, and they set out to find ways to support others dealing with these same adversities. And so they created their nonprofit to provide support specifically to the families of children fighting pediatric cancer.

And the organization has grown. Through hard work and creative fundraisers they have been able to increase grants, grow their mission and in 2019 decided to launch a new event – a watch party at First Energy Stadium during a Cleveland Browns away game.

But the event had a new challenge the organization had not faced before; A large venue where the fee was based on not only attendance numbers, but their ages as well. So it became critical to track sales, get attendee confirmation and information and spread the word as effectively as possible in order to ensure a sell-out.

By integrating Big River software into their system, Shanerock was not only able to register attendees, but develop a report that grouped them by age, allowing them to be accurately billed by the venue.

“The age groupings were a lifesaver” said Eric Haddad, founder and chair of Shanerock, “Our biggest concern was having to estimate the crowd and getting overbilled. But with one quick question on the form, we were able to have an accurate account get the billing right, and focus on the event.”

But that wasn’t the only upside to using Big River. “Once we had that hurdle out of the way, we were really blown away by all the other functionality we suddenly had” Continued Haddad. “We were able to track sales, push out our message on social media, and more. The new software was absolutely critical to the success of the event, and in what we’ve done since.”

With the clear data the organization was able to collect around the event, they are planning on different new initiatives to continue the growth of their mission. They are using it for follow up with attendees, additional appeals, a newsletter, meeting invites, and social media targeting.

“Big River has added a ton of functionality, and really spurred ideas for future events and growth” said Haddad. “We couldn’t be happier, and can’t wait to utilize all the functionality”